Halloween is the best and I love making any homemade Halloween costumes my kids dare to request. This is what Halloween 2008 looked like: 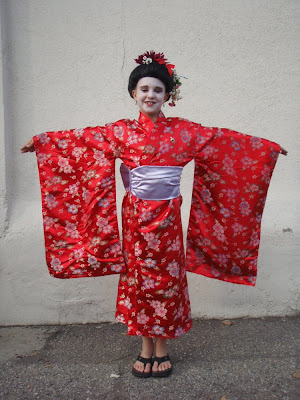 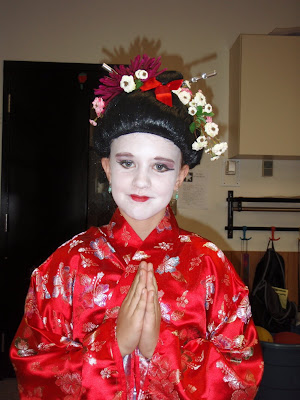 She wore her costume to school, but as the mom-makeup artist, I came to school right before the Halloween parade to put on her make up. 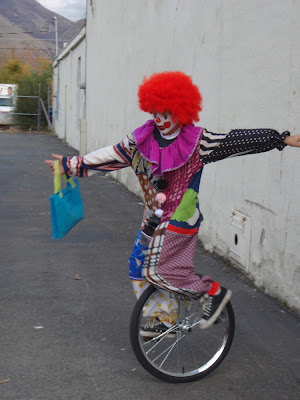 It was a bonus that this clown has been working on his unicycle skills for months and is good enough to ride around with his candy bag in his hand. This costume is made out of a pile of silk scarves my mother-in-law gave me (instead of Goodwill).  Zipper down the back (basic jumpsuit pattern) and a few pom-poms down the front. Makeup was studied at various clown makeup sites online, then applied just before the school parade. Red wig and red clown nose are from a local costume shop. Converse shoes tie it all together. For a closer look at the clown costume look here. 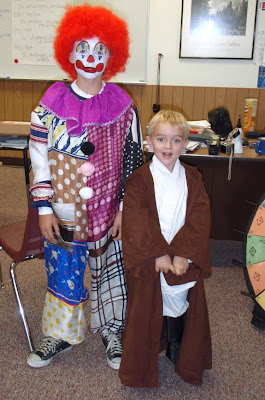 What’s better than showing off your cute little brother, dressed as tiny Luke Skywalker at school? 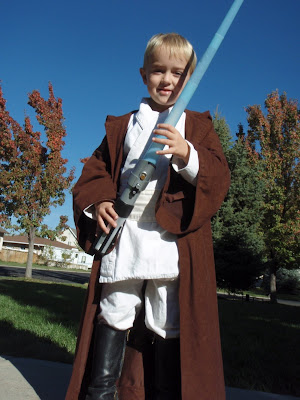 This costume was made after pouring over pictures and frozen screen movie images of Luke Skywalker. The cape is just a basic pattern, probably originally designed for Harry Potter fans. The tunic and pants were made using the same pattern as the geisha dress, just shortened and lengthened when necessary. The key was the belt and accessories attached. The belt is just a wide (3 or so inches) band attached around the body with velcro and had several velcro loops for attaching the light saber (purchased online, fairly cheaply). The boots were borrowed from his big sister. 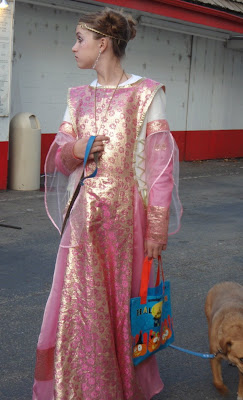 This medieval princess costume is also from a basic ‘princess,queen’ costume pattern. Slightly more complicated, the white tunic dress underneath is separate from the pink, sparkly lace-up-the-sides top layer. The sleeve detail adds a few airy layers for a more regal effect. 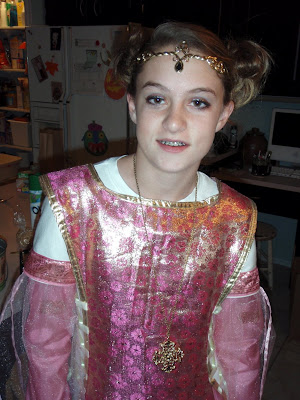 Crown from a costume shop, necklace from Forever 21. I love the hairdo she asked for- two high messy buns for a bit of a Knight’s Tale modern/medieval look.

for the whole day in pictures look here