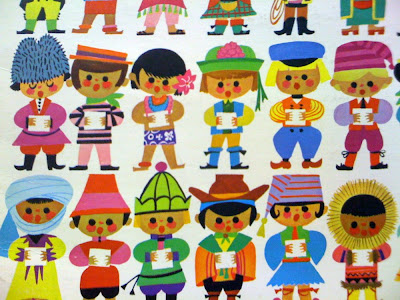 This picture is just a little example of how much fun you can have wandering around an antique store with your phone. Maybe a bit naughty but this image is to become my phone unlock screen, that’s how much I love the folksy artwork. I spent way too long combing through old records for great album cover illustration and through magazines and books too while thrifting and then at home-  very diverting, entertaining and inspiring. Here are a few album cover illustration from my lovely spouse’s own record collection from the 1970’s and 1980’s.

Rogers and Hammerstein, The Sound of Music. Produced by Coronet Records (year?)

the craftiest music video ever

what is the world coming to?