about me Noelle Olpin 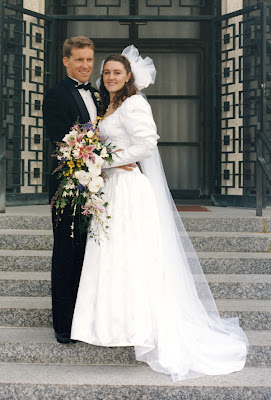 I got tagged by Colett and then by Suzy. (I’m sure- come on people like I don’t already have enough to do.) Now I guess I have to try and say something somewhat interesting about myself.
Here are the rules:
1. Link to your tagger and post these rules on your blog.
2. Share 7 facts about yourself on your blog, some random, some weird.
3. Tag 7 people at the end of your post by leaving their names as well as links to their blogs.
4. Let them know they are tagged by leaving a comment on their blog.
I am going to follow 2 of these rules. I shan’t pass it on because I dislike the pressure of chain letters and then passing the responsibility onto your equally busy friends. (there is one crazy thing about me right there)
OK… so, when I ran this morning- 5 miles, by myself, without an ipod (I don’t even have one) this is what I came up with.

Things about me:
1. I am the second oldest of 8 kids.
2. I grew up in New Hampshire and Rhode Island running wild in the forest- ice skating, skiing, building forts and hauling off my Dad’s tools (sorry Dad I now feel your pain- my kids do the same thing), we moved to Southern California when I was a freshman in high school- I quickly and easily fell in love with the beach and being tan.
3. I have always been interested in sewing. My Mom taught me to sew when I was 8 or so after relentless begging (I recall) I started to make my own clothes in jr. high, then was too shy to wear them. (someone might know they were handmade) In high school I made more of my own clothes and cared a lot less about what people though, but I still sometimes answered “no” when people asked if I had made my outfit. I guess I never knew if this was a positive or negative question, if I should be ashamed or proud. Oh the drama and insecurity of youth. But, I did design, sew and proudly wear my senior prom dress, then went onto make my wedding dress a few years later, pictured above. Go ahead and laugh folks, it was the early 90’s and we look like babies.
4. I graduated from BYU in 1994 with a degree in Elementary Education (cliche!) It was the safe bet, although I do love to teach and I’m sure it has helped me as a mother. But, I look back and wish I had pursued fashion design, I looked into it and even went to some of the fashion show designers meetings. I backed out of the show and decided it was more of a hobby than a career AND the BYU fashion design department was pretty goofy at the time. (now it’s gone)
5. I have ridden almost the entire coast of the U.S. by bicycle. I have ridden with my bike panniers full of gear from Astoria, Oregon to Huntington Beach, California with my husband (the original bicycle tourist) and then from Vancouver, British Columbia to Astoria, Oregon with my brother Adam and sister Precia a year or so later. Great memories, I can’t wait until my kids are big enough to go bike touring.
6. When I was pregnant- the first and fourth of my children were breech at 39 weeks. Luckily, the kind midwives and their doctors took a chance on me and tried a version (turning the baby by pushing from the outside- extremely painful as you can imagine) Both versions were successful and I was able to avoid C-sections and have regular deliveries-natural child births in 3 of the 4 cases. (On my fourth baby, second breech- when the version was successful, mentally and physically spent, I opted for an epidural.) As it turned out my two smaller babies, (8.7 lbs. and 9.7 lbs.) were the breech ones, the bigger ones were head down (9.8 lbs. and 10.4 lbs.- what’s up with that?)
7. I have really big calves. They are a real bummer when I am boot shopping, but I’ve heard they look great in heels.

And now that you’ve seen Steve O. (pictured above) in all his marital bliss and the glory of youth- here are the answers to the husband tagged questions:
1. Husband’s name: Steve O.
2. How long have you been married: 16 years
3. How long did you date: 3 months, but let me say we had admired each other from afar for about 6 months before a mutual friend introduced us, then we were engaged for 5 months. (I was in Israel for 2 of these months)
4. Who eats more sweets? A tie I think…
5. Who is taller? He is, by 4 inches- allowing me to wear heels whenever possible.
6. Who can sing better? He can make up better lyrics-this make me laugh hysterically and the kids roll their eyes.
7. Who is smarter? I don’t know, but even better… who is savvier? we like to play that game when we travel, even though he has the advantage of traveling all the time, I can usually pretend being super savvy. He makes me laugh by constantly saying, “Well, savvy travelers usually…”
8. Who does the laundry? Both of us, he likes to do laundry, but he picks out his own clothes first and leaves the rest.
9. Who pays bills? I do, I should probably have earned an honorary accounting degree.
10. Who sleep on the right side of the bed? I somehow, instinctively sleep the furthest from the door wherever I am.
11. Who cooks dinner? I do, unless I’m out and he’s forced to.
12. Who drives? Usually he does, when we happen to be in the same car. On long trips we both fight over the passenger seat, where you can nap, read and relax. I drive better in the middle of the night, give me a book on tape and a bag of sunflower seeds and I can drive all night.
13. Who is more stubborn? I don’t really know, but I am way more bossy.
14. Who kissed who first? He kissed me first, and it took him 2 weeks!
15. Who asked who out first? After I knew from my friend that he wanted to meet me- it took him 2 long weeks to finally call, during which I could do nothing but think of him and wait for him to call.
16. Who proposed? He did. On the top of a mountain where we had ridden our bikes. I had no idea he was going to propose, I don’t remember a word of what he said but that it was beautiful and poetic.
17. Who wears the pants? Me, the bossy one.